Venous disease has very diverse clinical presentations, ranging from simple spider veins, unsightly varicose veins to debilitating venous ulcers. All of these are now grouped under the term chronic venous disorder (CVD). In order to systemically categorize the disorder with uniform terminology around the world, the CEAP classification has been introduced and accepted globally. The four categories selected for classification were; clinical state (C), (a) etiology (E), anatomy (A), and pathophysiology (P). the key element is the clinical state, which is the first and the most important assessment, and is usually done by the attending physicians clinically. Clinical state also determines the need for further investigation on aetiology, anatomy and pathophysiology. With diverse choices in treatment such as minimally invasive options and conventional surgery, the CEAP classification helps to provide guidance in choosing the appropriate treatment for such patients. The aim of this article is to describe the CEAP classification with relevance to physicians in general practice.

Varicose veins of the lower extremities are a common presentation in general practice. However, this is only one of the many manifestations of a pathology called chronic venous disorder (CVD), which includes a spectrum of clinical presentations ranging from uncomplicated telangiectasias and varicose veins to disabling venous ulceration. Clinical manifestations of CVDs may result from primary venous insufficiency with no identifiable mechanism of venous dysfunction, or be secondary to other processes, primarily, deep vein thrombosis. The diversity of presentations and the etiology of venous disorders call for a uniform language for classifying the findings of CVD.

The CEAP classification for CVD was introduced in 1994 by the American Venous Forum [1] and revised in 2004 [2]. It is now widely adopted around the world and is considered as the reporting standard for venous disease today. The aim of this article is to describe the CEAP Classification with relevance to community practice, so that physicians can be aware of these disorders more readily.

Varicose veins or related conditions are common presentations in general practice. In the US it is estimated that 10-35% of the adult population has some form of CVD [3]. In industrialized nations, up to 1.5% of people will suffer from venous ulceration and in patients 65 years and older, the incidence increases to 4% [4,5]. The problem is more common in women as a result of pregnancy and child bearing. Although venous disease is rarely a life- or limb-threatening problem, the disease greatly impacts quality of life. Many of the people affected are in the most productive years of their careers. They seek medical advice for cosmetic and health reasons.

Venous disease resulting in valve reflux appears to be the inderlying pathophysiology for the formation of varicose veins. Rather than blood flowing from distal to proximal and superficial to deep, failed or incompetent valves in the venous system allow blood to flow in the reverse direction. With increased pressure on the local venous system, the larger affected veins may become elongated and tortuous, although no specific etiology is noted, in most cases the valvular dysfunction is presumed to be caused by a loss of elasticity in the vein wall, with failure of the valve leaflets to fit together [7].

Click Here to View the Article in PDF format 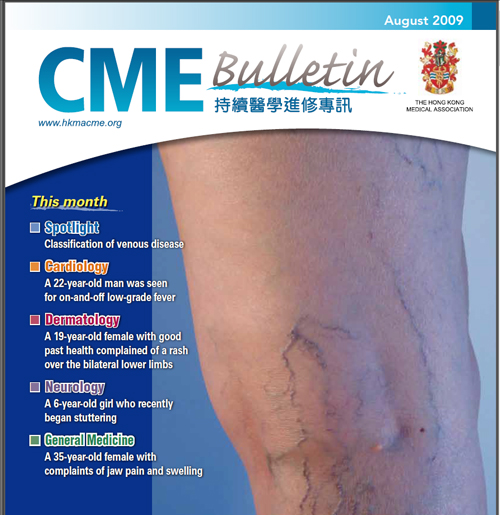